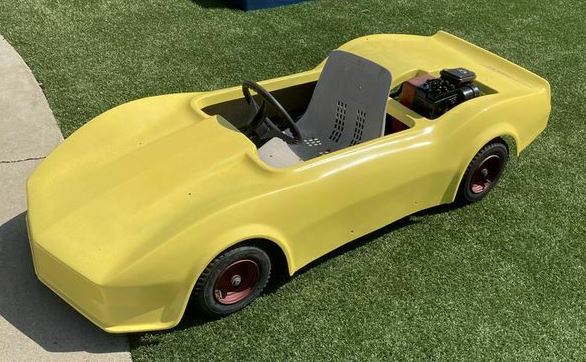 Promotional Go Karts are a type of go kart that typically has a fiberglass body to keep the design simple.

A basic go kart frame is covered with a fiberglass body.  The go kart still has the basic design with disc brake, centrifugal clutch and gas motor.  Usually the horsepower is around 3.5 hp to keep the speeds of the go kart to a minimum.  Additionally the go kart will have a gear box or jack drive reduction to allow decent acceleration but low speeds for parade style use.

These go karts are usually found in parades and typically are in groups, such as a Rotary Group or a Shriners group where figure eight style driving route tricks are performed as the parade proceeds down the street.  Because the go karts are used quite extensively during these parade days, the drive line and motors must be taken care of meticulously.  Additionally, the carbs should be drained more often, as the go karts are usually not used all year, but once or twice in the year.

The style of the go kart varies, from simple flat go kart styles with various body styles.  The more exotic looking gokarts are the Model T style.  Modern day Model-T promo carts are equipped with brakes, and centrifugal clutch, whereas the older style, McDonough versions have a belt drive with a hand activated drive system.

Also, the wheels for the promotional carts have a square design and are cast in China.  The square versions started showing up in the late 70’s as the Crue Cut company was trying to cut costs.  During this period of cost cutting, plastic wheels showed up as well.  These were replaced by several aluminum style versions.  At the GoKartGuru.com we have duplicated the Configuration of the “Plastic Style” so that replacement of the rims is not so drastic, you can replace the broken wheel with an aluminum version and then later replace all of them if need be, but the actual difference won’t be noticed.

Finally, the promotional go karts are not the original design, but are updated versions.  These are things to keep in mind when trying to restore the Model T style go kart.

For information about where to buy period correct Model T replacement parts go to our Model T Store: 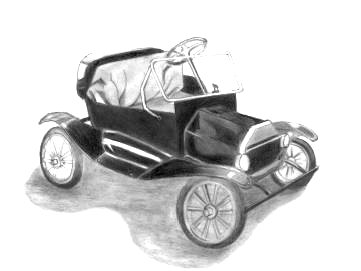