Getting More Umph Out of Your SuperCharger Set Up 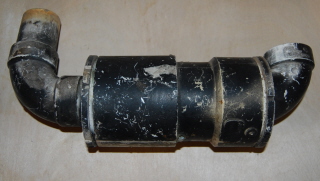 Intercooling is a means of removing the heat energy that’s been developed by the compressor on the air that is being rammed into the engine. The heat energy that is generated by the compressor causes the density of the air to actually decrease. What this means to an engine is that you’re not actually ramming as much air in as you like. When the density of the air decreases the amount of air fuel that gets into the engine is not as great as what was desired. The net effect is that the engine does not increase in power but may actually lag in power. This is especially prevalent in engines that have belt driven superchargers. Also with a turbo supercharger the air actually can get heated up because the turbine itself is heated by the exhaust gases.

Intercooling can also be used on normally  aspirated engines to gain horsepower as well.   The desire is to get more air into the engine and intercooling the air causes the air to become more dense and therefore have more air fuel per intake stroke. 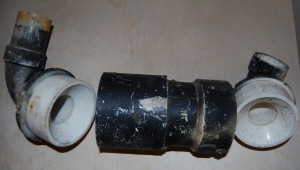 Intercooling is achieved by feeding the air through a series of veins that are cooled down by either air passing over them or by having the veins packed on ice or water.

A cheap intercooler can be developed by constructing multi-channels for the air to run through and then surrounding these channels by a cold water jacket. Below is a simple supercharger that was developed using PVC pipe and copper tubing. 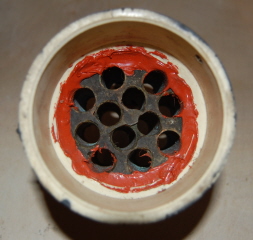 The Intercooler Tubes are surrounded by cold water. The air passing through them cools down. 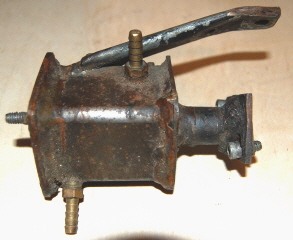 Water Cooled Intake Manifold. This Particular manifold was constructed using simple pipe, square tubing and plate. The water enters at the top of the unit and exits below. The upper bracket connects to the cylinder head for structural support.

As far as a carburetor is concerned it doesn’t know that air is being rammed into it and so it performs the way it was designed to function.

There is one problem that is most prevalent with this type of system and that is that where ever there’s a gasket seal on a carburetor or gas tank there is going to be pressure on it so it could leak. The way carburetors are designed they are to have vacuum on them at all times, therefore you don’t see leaks if anything air is sucked into the carburetor and not pushed out of it.  Leaks manifest themselves at the bowl joints, at the throttle linkage, at the gas tank cap, and at the choke interface linkages.

Some Briggs & Stratton carburetors do not lend themselves to pressurization and it mostly is because the way the metering jets are set up for not real adjustability. So what tends to happen is that the engine will run lean and will not be able to be supercharged.

In the event that you cannot use the carburetor that the engine was designed to have then you need to come up with another method to carburet the engine. The simplest method is to make your own intake manifold and use a carburetor that lends itself to being pressurized.

Fuel injection is a method for administering fuel into the air stream going into the intake. There are various methods for a fuel injecting and they are:

Mechanical fuel injection is that which is normally found on a diesel engine. However that is not the only fuel injection that is mechanical. The old time Corvette engines had mechanical style fuel injection which is based on vacuum pressures. They are very prone to breakage or malfunction and therefore were not as reliable and never took off as a viable source of fuel injection.

The complexity of such units is that the pump itself requires tight tolerances and that the fuel injector must be metered using high-pressure lines from the pump.

The next method of developing fuel injection is using air mass flow plate. The flow plate measures the amount of air going into the engine and opens and closes a metering valve. Because the rate of flow going into the engine is proportional to the mass of air going around the flow plate the opening and closing of the metering valve is proportional and therefore the amount of fuel being delivered has a correspondence to the opening closing of the injector valve.

An approximate fuel flow can be developed using a relationship between the RPMs and fuel flow that is electronic and simple.  The downside to this particular system is that it has a throttle lag.

Electronic fuel injection uses a number of sensing variables to map out an optimum fuel rate to maximize fuel burning. The simplest electronic fuel injection system only requires RPMs and throttle position. The more complex systems utilize ignition timing, fuel air mixture based on exhaust gases, intake air mass flow rates, and knock sensors in the head. All of the system are obviously maintained by a computer. The computer has a map that’s internally pre-programmed into the memory. The computer constantly matches up the parameters that are being sensed and goes to the map in the memory. The map then tells the computer how much fuel to meter at that particular location.

The map has been generated at the lab of the engine manufacturer. Newer engines sense on the fly and make up their own maps, however these rely heavily on maps that already exist. So extensive research and development needs to occur before the fuel injection system can be used.

The advantage of fuel injection is that you can maximize power at all rpm levels. The downside to carburetion is that the carburetors is an approximate metering of gas and therefore does not apply to all rpm and load levels. This can be most readily felt in the lower rpm ranges when power is needed.

Just slapping a super charger on your engine is not the full picture.  The supercharger will add pressurized air, but getting the air-fuel mixture into your engine with positive horsepower results is another matter.

Intercooling is designed to increased the air charge even more into your engine by increasing the air density.  A supercharger has a downside in that it tends to add energy to the air charge causing the air to expand or decrease in density.  This translates into less horsepower, or less combustion force.

The intercooler cools the air down increasing the density of the air charge.  It provides positive horsepower results to both normally aspirated and supercharged engines.  If you want a horsepower increase without spending a ton of money, use an intercooler set up to start.

Providing an increased pressured air-fuel mixture requires some carburetor tricks, regardless of what method you use.

There are two methods:

Sucking air through the supercharger requires a tight sealing environment.  Any leaks and you will have the engine quitting on you all the time, not ideal for a low budget supercharger set-u.

For more advanced and dynamic power range for a motor, a fuel injection system can be developed.  This particular system is not for the timid but for the knowledgable go karter.  If fuel injection is going to be used other engine design considerations should be performed as well, such as increased compression, overhead cam, high lift cam, forged crank, titanium connecting rod and a large capacity oil cooler system.

A carburetor for most go kart enthusiasts will do the job just fine, however compromised in overall performance will have to be endured.  For example the engine will deliver good horsepower at 1300 to 3600 rpms, but really pale in the power curve in anything above 4000 rpms.

The opinions expressed in this article are just that, opinions.  Engines are dangerous mechanisms and should be handled with care.  They have spinning components and are extremely hot posing burn and flame hazards.  Additionally, overpoweringand over revving an engine can cause it to flyapart and kill someone.  The Go Kart Guru assumes you understand mechanics, the dangers associated with engines, go karting, and anything associated with motorsports.  Any information taken from this article is your own responsibility, and the Go Kart Guru and its associates are not to be held responsible for any accident or injuries.